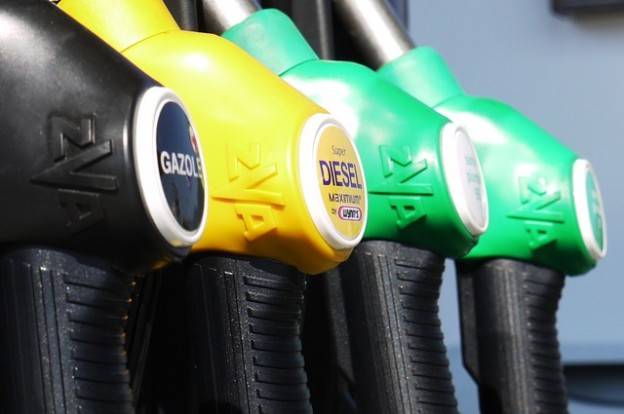 During centrifuge separation of diesel fuel, a solid particle or a water droplet experiences the centrifugal force directed away from the center of rotation. At the same time, the particles may also experience the buoyancy force in the opposite direction (to the center of rotation). The difference of centrifugal separation from gravity separation is that the acceleration does not originate from gravity forces, but from centrifugal acceleration. In this case, the gravity force is much weaker than centrifugal and can be neglected. Particle movement is also slowed by drag, caused by the liquid medium.

There are two types of systems used for centrifugal force for purification of diesel fuel: stationary and rotary. In the former system, the flow of fuel rotates in a stationary apparatus. In the latter, the fuel rotates together with the rotor of the machine. In scientific literature the former are also named hydrocyclones, and the latter are referred to as centrifuges (centrifuge separators).

The centrifugal force in hydrocyclones is generated by the rotation of the flow of diesel fuel in stationary tank. The latter may have various shapes: conical, cylindrical or cone-cylindrical.

The most common hydrocyclone system is when flow swirling is caused by tangential entry into the system. Such units are used in the United States for polishing of light oil products and liquefied gases in main oil lines. Hydrocyclones ensure removal of particles as small as 20 micron.

Hydrocyclones have no rotating parts, therefore such systems are reliable and do not require regular maintenance. The main drawback is the reduction of efficiency if the diameter of the tank is increased. This dictates the solution of combining several hydrocyclones of small diameter into a single system, which, together with collectors, is a complex structure.

Another drawback of hydrocyclones is a significant hydraulic resistance, caused by a sharp 180o change of flow direction. To reduce this effect, flow straighteners are used to arrange the outflow form the cyclone. However, the use of straighteners complicates the cyclone’s design and can reduce purification efficiency due to the change of hydrodynamics in the flow.

To further reduce the losses, direct flow cyclones may be used. These feature swirl devices. It should be noted that such cyclones are less efficient than the previously mentioned counter-current cyclones. This is due to the fact that fuel flow carries some foreign particles away.

There have been attempts to apply cyclones to remove free water from diesel fuel. Such attempts were not very successful, since the velocity of water droplets is significantly lower than in centrifuge separators, limiting dehydration efficiency.

Complete separation of water from diesel fuel is impossible, but its efficiency can be increased in double stage cyclones.

As was mentioned before, centrifuges are systems in which centrifugal forces are generated by the rotation of the moving part, the rotor. It can be driven mechanically, electrically, hydraulically or pneumatically, or even by the flow of diesel fuel.

There are many centrifuge models today, which can differ significantly, both in terms of design and assembly.

There are thick and thin layer centrifuges. They can also differ in terms of diesel fuel movement, which can be parallel to the rotor generating line, in the cross-section plane, at an angle to the axis, in a helical line, etc.

Thick layer centrifuges are rather simple. The rotor is a hollow cylinder. Diesel fuel may move either along the axis of the cylinder or perpendicularly to it. Such unit are mostly used for coarse purification of diesel fuel from larger particles. Smaller particles may be easily carrier away by the flow, not being able to reach the wall due to large distances between the particles and the rotor.

Thin layer centrifuges offer better purification of diesel fuel from solid particles. Their rotors are divided into separate chambers with radial size much smaller than in thick layer centrifuges. This shortens the trajectory of the particles. Efficiency of purification in such devices is also higher due to less pronounced slip of diesel fuel against the wall of the rotor.

Centrifuges with spiral and conical insets separate contamination consecutively in all chambers through which the fuel passes. Flow rate is significant, which means that some particles may be carried away by the flow.

Centrifuges with helical inset take diesel fuel into all chambers simultaneously. Then the fuel moves axially, similar to a centrifuge with cylindrical insets. The advantage of these devices is a simpler rotor manufacture technology and almost no slipping of the liquid.

Diesel fuel is supplied along the whole rotor length in multifillar helical centrifuges. The flow velocity in this case does not exceed limits, therefore there is no slipping of liquid relative to the rotor, while contamination removal is simplified. The drawback is a more complex rotor design compared to the other centrifuge types.

Centrifuges with conical rotor insets are also widely used. The movement of liquid occurs along the generating line of the body. A model with a full conical rotor does not efficiently utilize all of its volume, so conical plate centrifuges have been designed. Unfortunately, contamination may also be carried by diesel fuel.

Centrifuges with conical plates are also referred to as purifiers. They are used for dehydration of diesel fuel. Separation of water from diesel fuel in this case is quite efficient, and separate phases are removed from the rotor separately, This is due to a gravity disk in the rotor. It fixes the position of phase separation boundary and creates a hydraulic lock in its upper part.

Speaking of diesel fuel, which has higher density, removal of water is problematic. The main difficulty is that the shift of phase boundary in the direction of rotor axis. In general, removing water from high density fuel by regular methods is difficult, if at all possible.

Removal of contamination from diesel fuel with centrifuges is realistic with low hydraulic resistance and constant throughput. This is why in general centrifuges are widely accepted in purification and dehydration of diesel fuel.

General advantages of centrifuges in comparison to other diesel fuel purification methods are as follows:

The drawbacks are as follows:

This last disadvantage is probably the most significant, as it makes this type of equipment impractical for processing of large volumes of fuel.